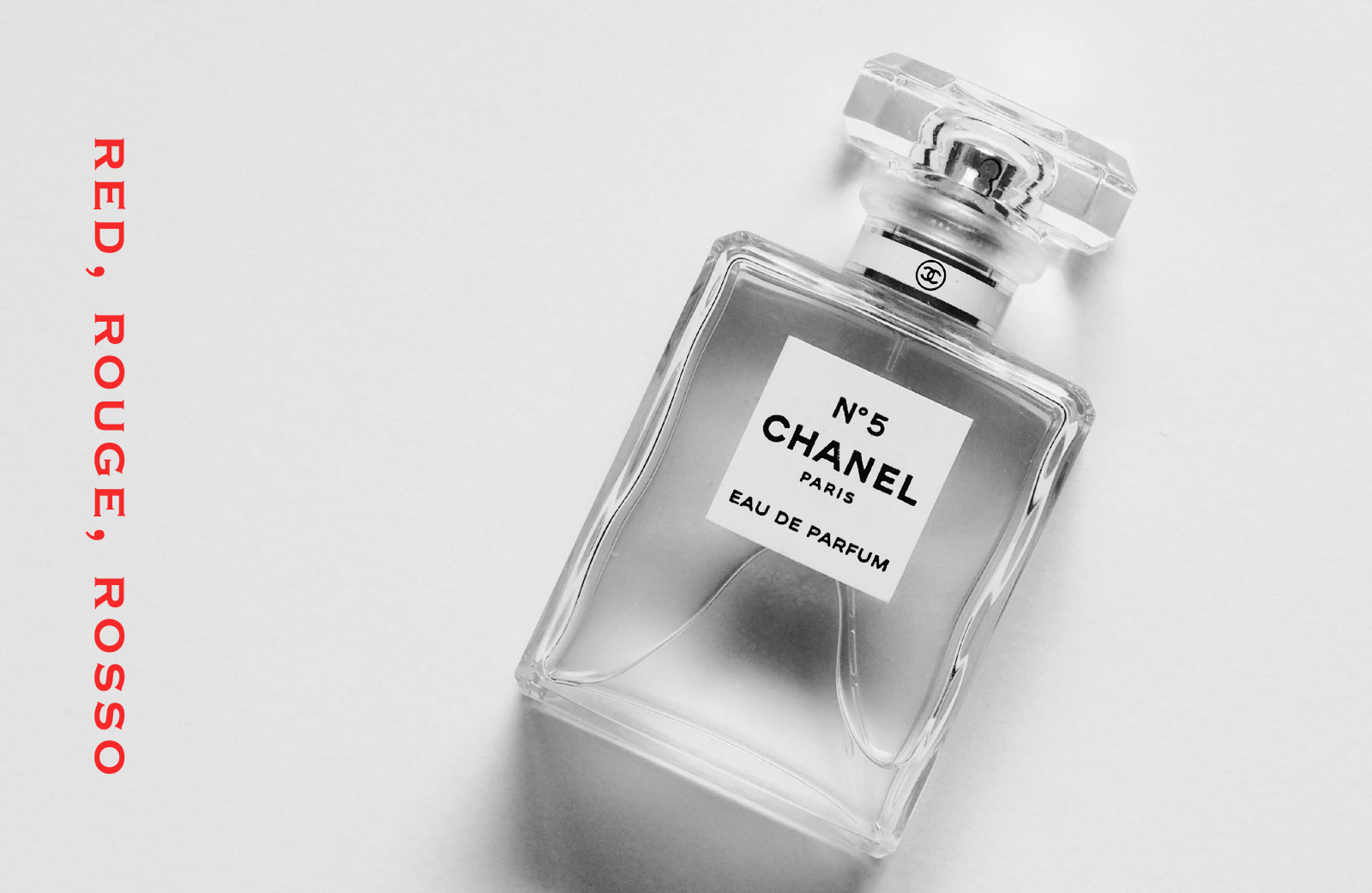 Like most mid-century modern women whose careers started somewhere in the ’80s, Chanel No 5 eau de parfum was one of my earliest fragrance memories. Now, back literally larger than life this Christmas in London as giant-sized outdoor installations in festive ruby-red livery, Chanel No 5 limited edition 2018 is designed to be coveted.

Gifted by aunts on an appropriate birthday, and secretly admired on days out up in town browsing London department stores, Chanel No 5 represented a coming of age and entrance into the world of grown-up women’s fragrances.

At that age, we didn’t really wish to wear No 5, but we all knew of the Marilyn quote and needed a bottle on our bedroom units. Chanel No 5 was a touch of luxury never affordable with Saturday girl shop pay. I probably left it unopened, but it was a necessary rite of passage even if not to our late teen into early 20s’ scent tastes. I’ve two in my bathroom cupboard now; one unopened and best left that way as it’s a few years old and will one day be a desired ‘original’ as opposed to yet another reformulation.

Actually, I’ve quite a collection of ’80s’ fragrances I picked up on discount as a Saturday girl in Boots, then the UK’s most loved and known high street pharmacy and beauty store. Superdrug is the winner these days on beauty at least.

What would Gabrielle think of Chanel No 5 Limited Edition?

I was reminded of what Chanel meant to me and what its seasonal revamped limited edition packaging signified after being given a surprise bottle Chanel’s recent addition – Gabrielle – at a London beauty awards event earlier this month. 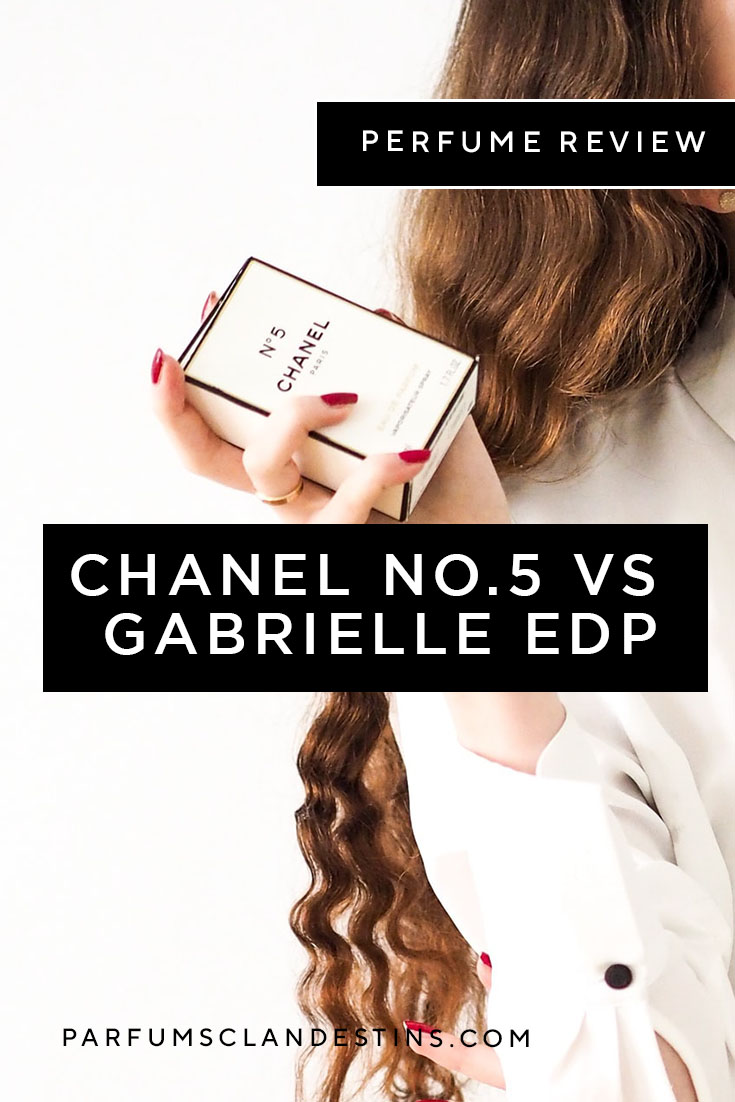 I couldn’t help comparing the impact of the two fragrances; the one, bold and in your face, and never before seen in its day, eponymous and still standing its ground; the other a muted, rather ‘been-there, done-it’ affair that I am wearing now, and still trying to work out if it’s worth the bother.

I sense that Gabrielle would have had a wry smile at the uber-sized London installations and winced at her namesake fragrance. Gabrielle the fragrance is captioned on the Chanel official site with the quote: “I decided who I wanted to be, and that is who I am”. Fragrance Gabrielle was clearly planned with precision and decisiveness that the chosen quote hints at. However, sadly, it is difficult to fathom how the fragrance evokes Chanel herself if that was the intention. Love or hate the reviews on Fragrantica, those who comment there, do seem to echo the refrain “If Gabrielle were alive she would never have allowed this launch”.

I love jasmine and love its signature appearance across Chanel’s fragrance range. It appears in Gabrielle along with what you would assume would be a heady, narcotic cocktail given the listing of orange blossom, ylang ylang and Grasse tuberose. They combine, so the copy says to “…compose the ideal white flower”. Anyone working with naturals like these knows that they are not shy retiring white flowers. But, in Gabrielle, they must have wilted, and expelled their last perfumed breath years ago as all I get is the citrus top and a very mellow dry down of sandalwood and musk.

To be honest, the dry-down is rather like that unidentifiable melange you get when you do bother these days to walk through a department store perfumery and cosmetic floor. It’s all too familiar and all to ‘meh’. Meanwhile Chanel No 5 at nearly 100 is an abstract floral bouquet that works.

Being subtle and feminine isn’t a problem, but bland is. Chanel herself pushed the boundaries and chose the fifth trial, hence its name No 5, because it was edgy, different, and not a sunny little soliflore nor unobtrusive multiflore. Whether her perfumer of the time Ernest Beaux has accidentally overdosed on aldehydes or whether he added them intentionally in that proportion, the startling effect was what drew Chanel’s notice and the world’s since. It made history.

Meanwhile, Gabrielle, the perfume, created by Olivier Polge, son of Jacques Polge, one of the few in-house perfumers for Chanel, is barely making a ripple let alone a wave effect in perfumery. It is sophisticated and feminine but totally unremarkable. Interestingly, a criticism often leveled at naturals – that of poor longevity – is one all too evident in Gabrielle, which unless really liberally sprayed every two hours or less as in my case (30 minutes, in fact), is a parfum perdu; lost to time before you’ve even got to the dry down. Interestingly, it does endure on a smelling strip, which leaves me feeling that Gabrielle is best sprayed on clothes; an apt way to wear it given Chanel as a fashion history icon.

So then, back to feting and celebrating Christmas with Chanel No 5 limited edition 2018 in red, one of the prime colours Chanel spelled out for her fashion brand. It may be a gimmick for Christmas, but it’s covetable and on point for the season. As it’s almost 100 years since its birth, I’ll allow Chanel No 5 limited edition its brash limelight across my old home capital making a distraction in less frequented squares and venues than Oxford or Regent’s Streets with their illumination. I for one will be there seeking it out in one square or another for an Instagram moment. I feel that if Chanel had lived in the social media era she’d have grasped it, subtly and superbly making it her domain!

Where to Find Chanel No 5 Limited Edition 2018 in London

.
The giant bottles are being rolled out in select venues from 12th November starting with Berkeley Square. Then they appear in Bond Street, Spitalfields, Duke of York Square and Covent Garden.

Sussurri, meaning whisperings in Italian, in its m

Four golden flacons, all in a row. A first time ou

So thrilled to see Parfums Clandestins in a cameo

I just returned from an early swim and how I'd lov

Malta opened its borders yesterday. It was strange

What happened to June? It sped past so fast, but t