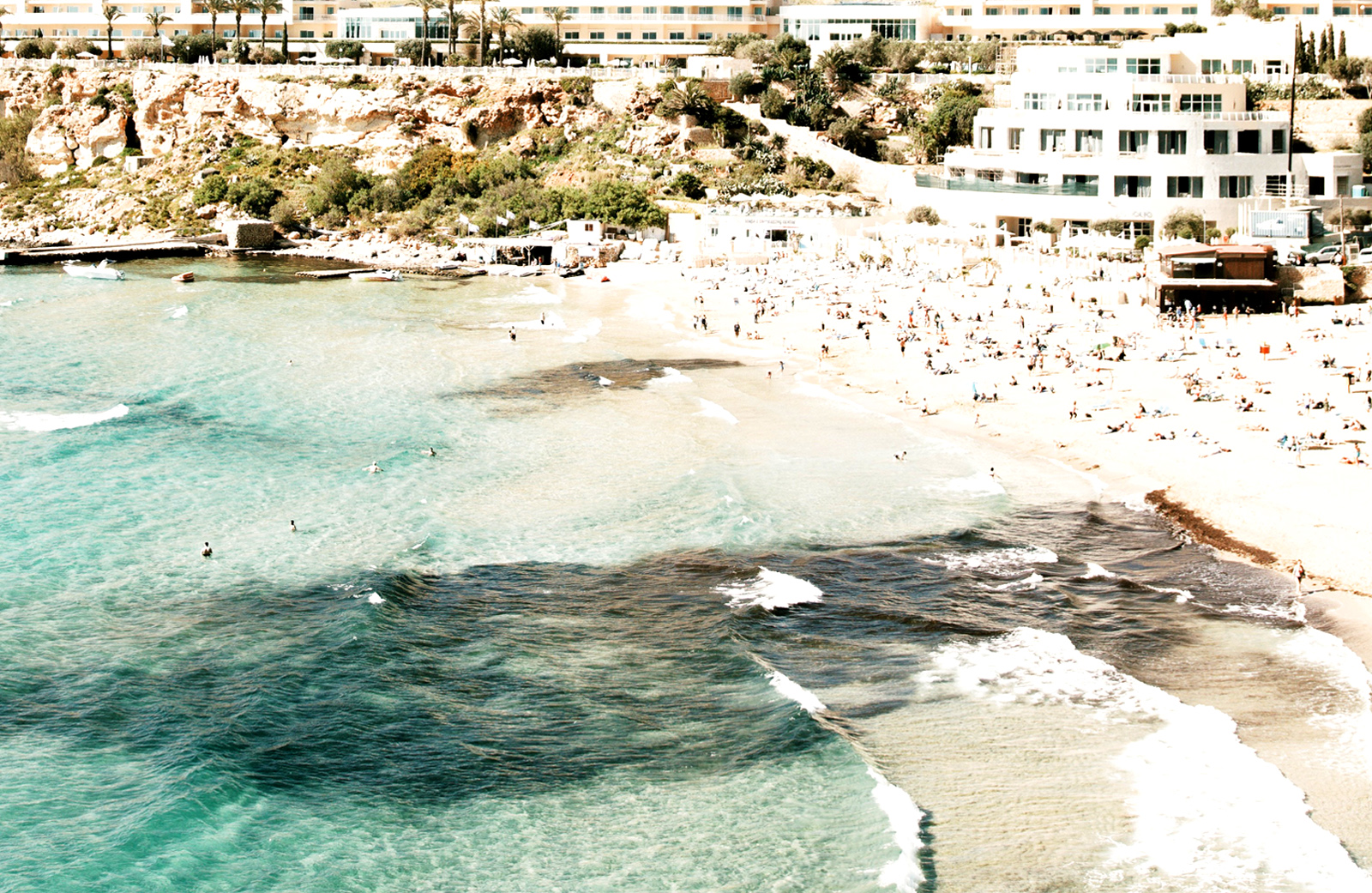 “I need the sea, because it teaches me…”, wrote Pablo Neruda as the first line of his poem ‘The Sea’ from the collection ‘On the Blue Shore of Silence’. Neruda was correct about the silence; the sea is an elusive subject to master as it has no scent of its own. You smell only the fauna and flora that live beside and under the ocean waves.

Marine smells can mean only the man-made odors that accompany our experience of the sea – boat fuel, suntan lotion, vanilla ice cream, picnic food in hot Tupperware, the musty smell of canvas deckchairs that are dusted off again for a seaside jaunt. These mingle with natural smells discharged by seaweeds, algae, decaying microscopic marine life and indiscernible aromas that are carried far and wide in ocean breezes.

Each of us has a very personal scent profile of the sea, often drawn from childhood memories of summer holidays. Which means that one man’s ocean breeze might be another’s synthetic fragrance hell. A trawl down washing powder aisles of supermarkets will throw up a gamut of ocean breeze synonyms. Functional fragrance chemists have done us proud in interpreting ozonic, marine scents over the decades, particularly since the early ’90s when lighter, minimalist, more ‘natural’ perfumes started trending. 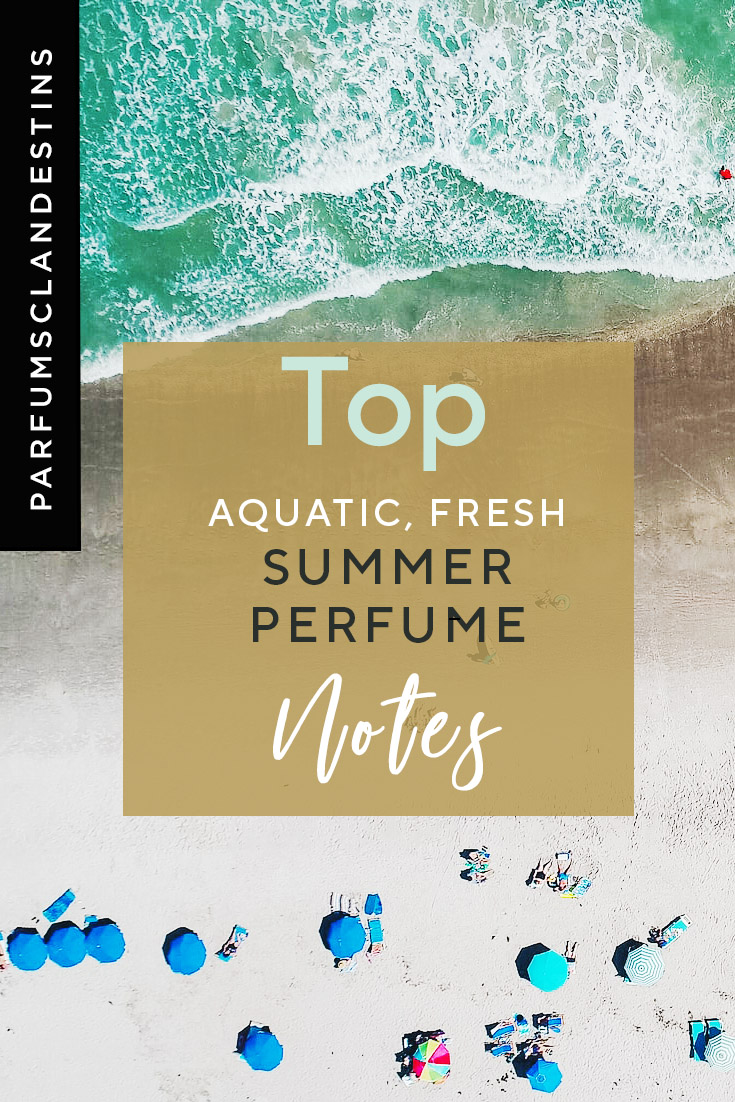 I started work in the late ’80s when power dressing, hair, shoulder pads and corporate expense budgets were all big, especially at the London advertising agency where I was a junior account manager. But they were on the way out. Certainly, by the ’90s, fragrances were coming to market that were the antithesis of this brashness; the so-called ozonic scents that were often translucent or light blue. Eau d’Issey, CK One and Davidoff Cool Water are the most famed of this marine / ozonic trend which hasn’t really left the scene today.

Annick Goutal’s cologne Eau d’Hadrien came out earlier; a citrus blast and forerunner to the marine scents later on. The association of citrus with summer – despite their being winter-harvested fruit – and their inclusion in refreshing, marine fragrances is common enough. Citrus won’t have longevity, even if it has impact. But when colognes are meant for more frequent splashing on, that hardly matters, if the price tag is good.

Jean-Claude Ellena, when in-house perfumer for Hermes, dwelled in the ozonic zone, particularly with his Jardin series. One of my favourite is ‘Un Jardin Sur Le Nil‘ which came out in 2005, and while not strictly marine has a fruity lightness based on green mangoes that I associate with summer, a.k.a. seashore living.

Marine Notes in Natural Perfume: an unbearable lightness of being?

Perfumers have an array of synthetic molecules and fragrance blends that can evoke the scent of the sea. They dwell in the fantasy world, not needing to recreate the sea of either their or our experiences. And rightly so. As we’ve seen, we each have unique scent imprint of the sea.

The perfumer need only allude to the lightness of being that accompanies us on coastal holidays. The feel-good factor is what we’re after. Citrus, which is redolent of the Mediterranean and hotter climes, pares perfectly with our notion of ‘sea’, holidays and summer. Who cares that citrus actually thrives a bit better inland than on full blast coastal areas.

The perfumer using a palette of synthetics can offer us scents with impact and longevity as well as that given of marine scents – lightness. The natural perfumer in contrast needs not only to capture the fantasy essence of summer seas, but also, given the generally higher price of pure botanical perfumers, compete to some extent in the impact and longevity stakes. Citrus alone won’t do the job; few wish to pay a lot for a scent that’s top-note heavy and is likely to evaporate fast on hot summer days.

I’ll let you into the natural perfumer’s world with a picture that can tell a thousand words of marine scent verbiage. The image in this post is of Golden Bay, one of Malta’s largest and most popular sandy beaches, hence the hotel that sprung up behind it. Luckily, there are protected sandy dunes and slopes behind the beach and it has won the EU’s Blue Flag status. For many years, when my son was younger, we’d swim here most summers. Rising early, before heat and crowds to enjoy an early dip before returning home for brunch. This was our Sunday ritual.

I have a host of scent memories of that beach. The smell of fresh ploughed-up damp sand in the early morning, along with a light scent of oil from the cruisers moored off shore. There is no tide in the Mediterranean as such but the shoreline would be strewn with the latest deposits of Laminaria digitata weed that would give off a rotting odour as pods cracked and popped as they dried.

Later on as the heat rose and more bathers arrived, there would be the mingling of suntan fragrances, coconut prevailing of course, along with cigarette smoke. The smell of tuna from traditional Maltese ftira, a kind of crusty roll filled with fish paste, tomatoes, capers and olives. Depending on the wind direction, you might catch the scent of the garrigue scrubland behind the beach; broom, juniper and tamarisk trees.

Now, I swim eight minutes from my home at a rocky inlet where the natural seashore scent profile is very different. I’ve a wet limestone rock scent, coupled with a distinct fishiness thanks to the local fishermen whose boats line the jetty, nets drying in the sun. There is a cool dankness too from the many caves hewn by millennia of wave and wind power. There is still diesel oil, but I catch the aroma of plants on the cliffs around: wild thyme, immortelle, malvia and cistus. Then there’s the burnt oil smell from the local bar where fried fish is a speciality.

The Hot & Sultry: the Marine Notes in Natural Perfume

The point is that far from being limited by not having fantasy, mirages of synthetic molecular science to create ‘sea’, the natural perfumer is enriched by myriad shorelines and seasons of sea. We are free to choose our ocean breeze; one that stays true to our backstories of seaside memories or lives, or one liberated by our imagination.

We can harness the garrigue around or turn to olive essential oil and the ocean mystery of ambergris for brininess. We can use a vast range of pine extracts and citrus to create summery cologne-style fragrances or evoke the hot stickiness of a seaside summer night with the resins of labdanum, cistus or immortelle.

My experience of summer marine scents is anything but light and airy; most aromas in the Mediterranean in peak summer are intensified and full-on. Marine needn’t be ozonic or light. That’s how the perfume industry has defined it over the past two decades.

Given that sea itself has no scent, we are free to define marine scents in natural perfume as we wish. Perhaps, freer even than mainstream commercial house perfumers or functional fragrance chemists. We can live light-headed, enjoying coastal summer perfumery footloose and free! And interpret marine notes in natural perfume as hot and sticky if we like.

With news yesterday of the port and airport openin

Devoto, eau de parfum, with its muse - jasmine. I

My favourite place for thinking things out. Shot i

All dressed up with somewhere to go. Devoto EDP de

The jasmine at my door. Spot the window in photo 2

Suki says everyday is Friday. Her version of Groun

The temperature is rising. Sea beckoning.  May be

The Piaggio Ape' (the 'bee', because of the whirri

Price Based Country test mode enabled for testing United States (US). You should do tests on private browsing mode. Browse in private with Firefox, Chrome and Safari