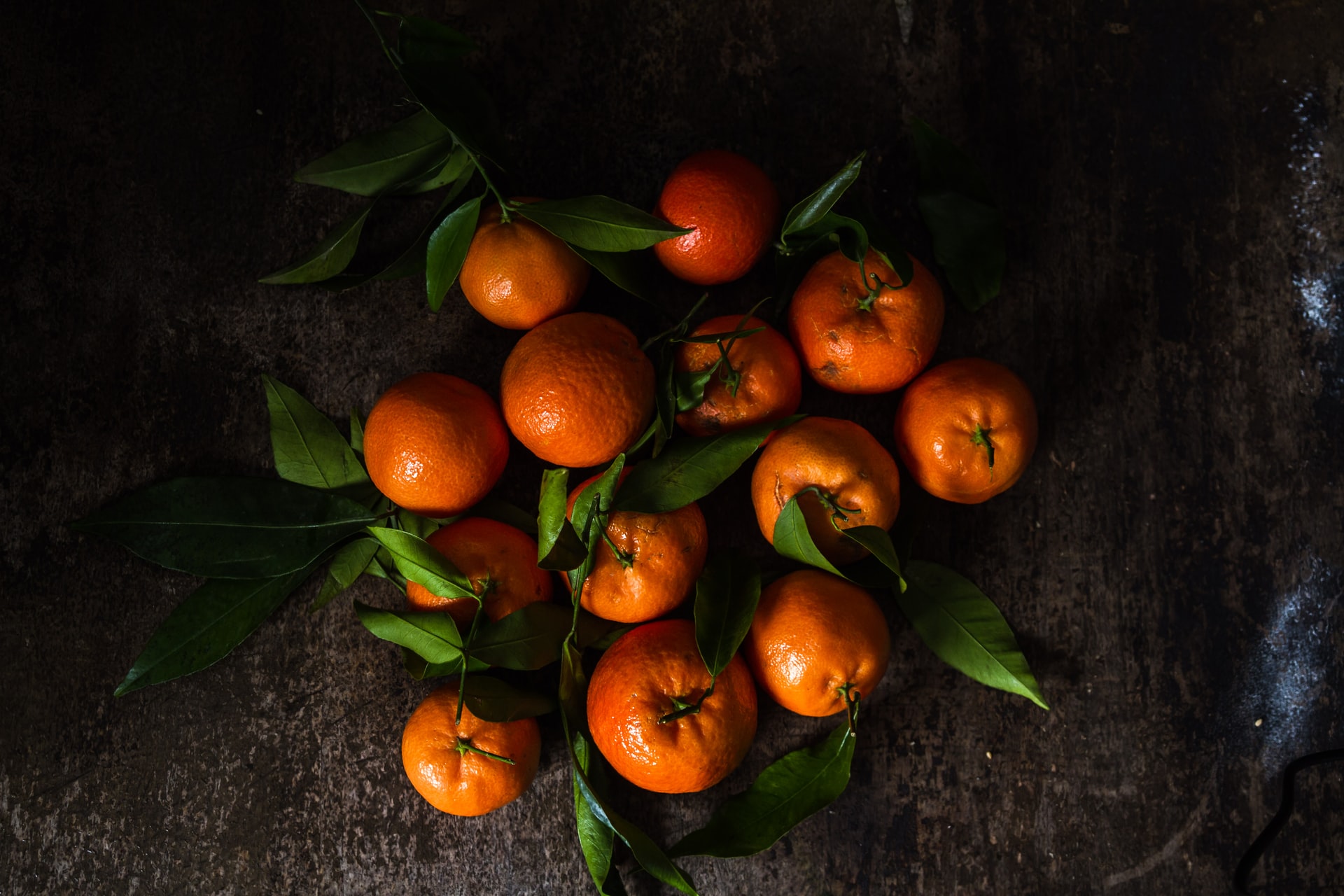 Neroli oil’s benefits in both skincare and perfumery make it a note and natural ingredient close to my heart – and home. Its heady aroma, and that of its cousins, the sweet orange and mandarin, permeate the spring air in my garden, wafting up and over the rubble wall from my neighbour’s orchard. Winter though is citrus’ season. It is when we harvest the ripened fruit and welcome their uplifting scent and the health benefits of their tart juice. As a child in the UK, I would adore January as my father would spend a good week prepping, cooking, boiling and preserving bitter oranges for marmalade.

Not too far away from my Mediterranean village home are more extensive bitter orange groves. They surround a palace built by one of Malta’s Grandmasters, Hugues Loubenx de Verdalle in 1586, when the islands were under rule of the hospitaller Knights of St John. The heady scent of neroli oil, with its unusual woody citrus notes, rarely strays from my perfumer’s palette.

Neroli oil benefits in skincare have been documented since the first herbals were hand written, and for good reason. It works well on such diametrically opposed skin types, from oily and acne prone to maturer skins. Its versatility makes neroli oil one essential oil that is also ever present in my natural skincare formulator’s palette too.

Neroli oil (Citrus aurantium) is steam distilled from the blossom of the bitter orange, a fruit that’s totally impossible to eat unless it’s dosed with sugar and made into marmalade. It’s truly bitter! Little wonder then that the bitter orange was superseded by the sweet orange, which is now consumed or drunk by most of us almost daily. 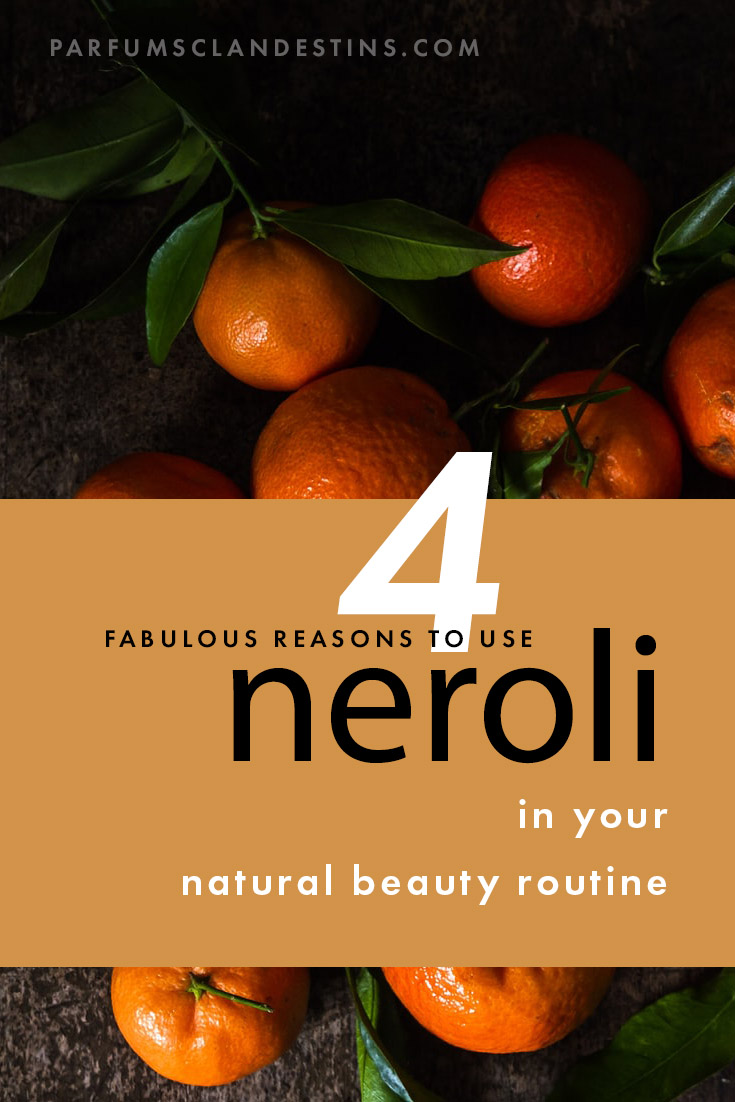 Ancestry of the scent of Neroli

Until the 14th century or so, the bitter orange was the only sort cultivated in Malta, and most of the Mediterranean and Southern Europe. Orange growing probably arrived here with the Arabs, who also brought their ingenious irrigation system of farming to the Islands. The Maltese word for orange, Laring, derives from the Arabic Persian na¯rang. Portuguese traders brought sweet oranges from India in the 14th century and the Portuguese Knights of the Order or St John no doubt introduced them to Malta.

The humble bitter orange has a rich history then, and a rightful place in Malta as a food, even if we’ve ousted it for groves of sweet oranges over the centuries. The proximity of the bitter orange in our part of the Mediterranean, and the tree’s long history on our islands, has prompted me to incorporate Neroli, along with petitgrain bigarade and bitter orange into my eau de parfums range. For me, neroli oil is part of my local cultural heritage and its blossom oil is a magical.

One of the first things to note about Neroli, true and pure, is that it’s one of the most expensive to produce. So beware of cheap imitations. This intensely floral, citrussy, heady and most romantic of oils requires sackfuls of bitter orange blossoms – some 450kg (around 1000 lbs) to produce around 450g (around 16oz). It must have magical powers to warrant that kind of labour intensiveness.  Luckily, a little really does go a long way when it comes to Neroli Oil.

Many citrus essential oils are deemed phototoxic or photosensitizing; this means, put simply, that on application to the skin, they can in fact heighten the skin’s susceptibility to UV damage. Most citrus oil culprits are those that are expressed directly from the fruit’s peel; but not in all cases, so research any citrus oils you intend to use in skincare. And while neroli is not considered photo-sensitising, it is a potent essential oil and must be well diluted and used sparingly if you use it in any DIY cosmetics. For this reason, you will find commercial skincare using neroli oil tends to be recommended for overnight use as a restorative and reparative product that will have the hours of sleep to work. Distilled citrus oils and those furanocoumarin free (FCF) are used in cosmetics to reduce the photosensitizing effects. At Parfums Clandestins, we use, for example FCF Bergamot oil.

4 Benefits of Neroli Oil in Skincare

Neroli oil has (i) anti-bacterial properties and as with most citrus oils, it is an (ii) astringent. It generally (iii) brightens and tones, which is useful for pepping up sluggish skins, brightening and balancing skin tone.

As a (iv) cicatrisant (skin damage repairer), Neroli oil is used on mature skins to help reduce broken capillaries by stimulating cell growth.   It has a similar action fading away acne marks and scars such as stretch marks.

Neroli is a fabulous companion to essential oils of  sweet orange, rose otto and cardamom. These scents alone are indulgence divine.

So while we may relegate ingesting the fruit of bitter orange apart from in marmalade, we can prize neroli oil derived from its divinely-scented blossom and enjoy its uplifting, restorative powers for skin, body and mind.