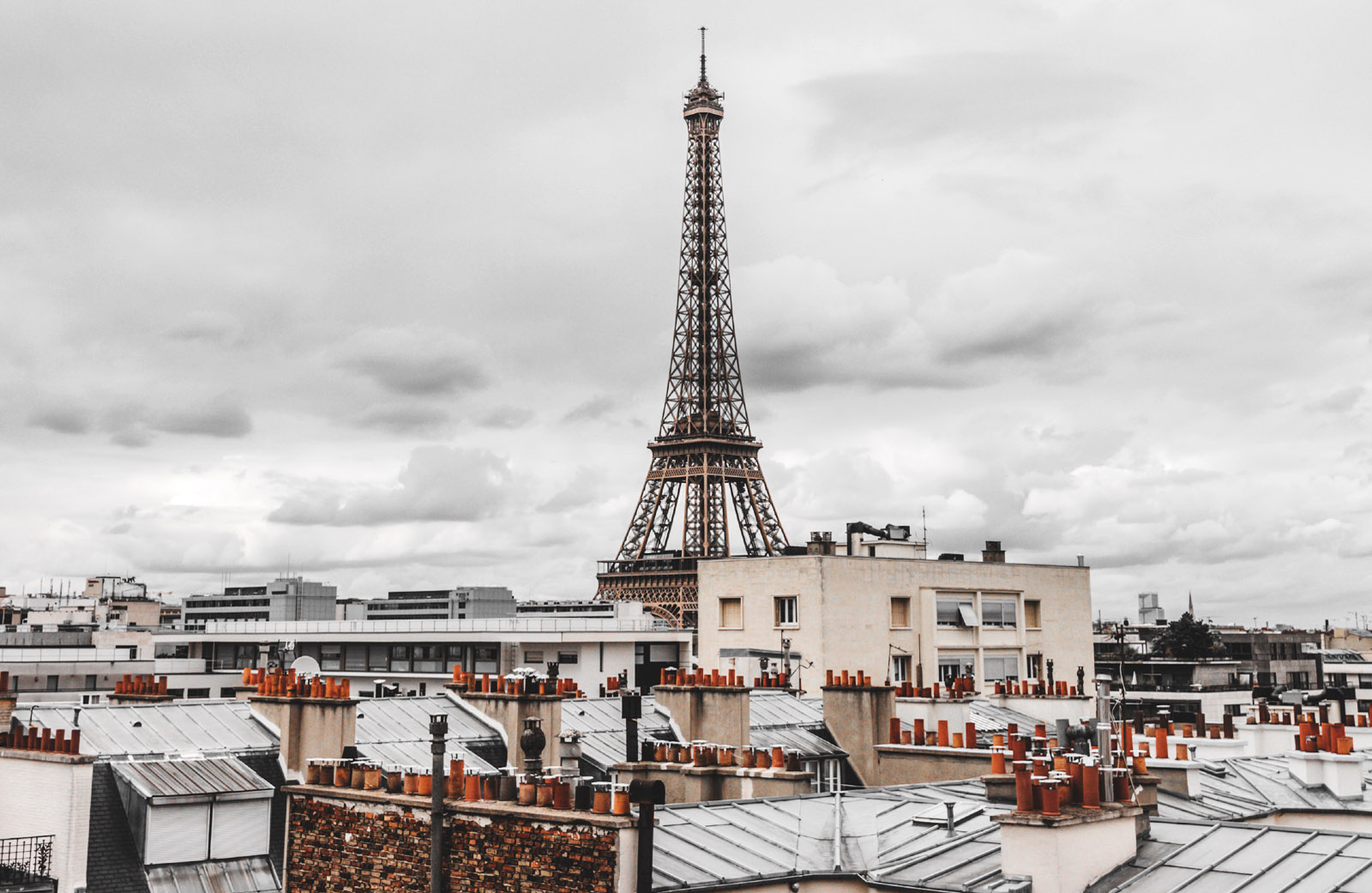 As I pen this post on my brief sojourn in Le Marais ambling around some of the most intoxicating niche perfumeries in Paris, I am somewhat hesitant to dwell on life’s luxuries; the Gilets jaunes protests have just sweep for the fourth weekend through the French capital.  Visiting from a Sunday night, I was immune to almost all evidence of the devastating riots that the peaceful protests ended up in. The grievances run deep, as they do for many across Europe and not just in France as we draw a line under 2018.

It felt somewhat surreal to be avoiding the issues that strafe Europe whether Brexit on my British side of the Channel or fuel hikes as the straw that broke the camel’s back on the Gallic side. Walking the chic narrow rues of Le Marais, perhaps now the most sought-after arrondissement in Paris among creatives and restaurateurs making it, I felt guilty at indulging in my perfumery tour. The line ‘Let them eat cake’ was ringing in my ears.

However, this was a rushed, unplanned visit and who knows when I might manage to get back to the world’s perfumery capital. I went about my route, as best I could with my son in tow who wanted to spend hours in the Pompidou Centre. Not wanting to appear culturally bereft, I was happy to get gallery fatigue knowing that on day two, I’d be in perfumery heaven

There are two major reasons why Paris is for me the best for both grand houses and niche perfumeries: history and Caterina de Medici and Marie-Antoinette aside, it has all, literally all, the contemporary perfumers’ flagship perfumeries; and it has them all conveniently located in more or less the 3rd arrondissement, Le Marais, within a few meters of each other.

On a flying visit? No problem, as Parisian perfumeries are nearly back to back so you can visit as many in an hour as your nose can take before you become anosmic.

As you can see from the map below, the perfumeries are nearly all on or within a corner street or two of the main ‘niche perfumeries in Paris drag’ which is Rue des Francs Bourgeois. Particularly apt a name for a street selling few of life’s daily necessities and a whole lot of wallet-tempting luxuries of which fine fragrance looms large. Even though I am a perfumer with a brand launching 2019, and clearly aspiring to join these niche perfumery ranks one day, I had a laugh at the irony.

Pick of Niche Perfumeries in Paris

I couldn’t go into them all, so I’ve drawn up my top five of these neighbouring Parisian perfumeries and why I loved them, as well as adding an occasional note about one of their latest launches – some obviously timed for Christmas.

I was barely out of my Airbnb door in Rue de Braques when I came across Parfums de Nicolaï on the corner with Rue des Archives. Patricia de Nicolaï, grand-daughter of Pierre Guerlain, started her own brand in 1998 and is said by some, including perfume critic and physicist Luca Turin, to have created her most outstanding work under her own name.

I have a lot of respect for Patricia de Nicolaï for having ignored the family business for being ignored by it; reports suggest she hit its male-dominated glass ceiling despite being part of the clan. In addition, she pioneered and championed women ‘nez’ in the industry.

The Rue des Archives perfumery was in full Christmas regalia and looked pretty glitzy. The staff were warm, welcoming and patient. Never persistent, and always courteously attentive to my rambling needs as I merely wished to trial everything.

As a Mediterranean-based perfumer, I was particularly keen to test Nicolaï’s Neroli’ Intense, a new release of 2018, which was promoted in the Christmas perfumery window display. It was as if all parts of the bitter orange were employed and subtly, sublimely so. The rare flower to twig petitgrain bigerade married with a light musk and patchouli. Waxy, floral, white and totally non-wintry but at the same time winter incarnate as l’hiver is the season of the orange harvest. It’s orange-gold livery matched the Christmas decor in the perfumery itself. What’s not to love, I thought, and bought. It’s a scent for all seasons.

Love at first foot inside the door! Sens Unique is a charming and charmingly small Pandora’s box of an independent perfumery offering some of the hippest, niche perfume brands. It spans a diversity of tastes from classic to head-turning novelty in an intimate, but not intimidating atmosphere.

The assistant was apologetic for the overwhelming smell of wax or some sort of floor polish that greeted me; the store had just had a make-over and spruce up.  While not the ideal atmos to smell perfumes, I had a relaxed 3/4 hour masking the polish sniffing new kids on the block for Sens Unique such as British house Ex-Idolo as well as Jacques Fath, followed by Aedes de Venustas, Pure Distance and  Majda Bekkali, whose Mon Nom est Rouge (oriental tabac blonde rose) I almost purchased.

Armed with a million smelling strips, I vowed to return next time in Paris. This small but friendly and packed perfumery is a must as it showcases truly niche perfume brands and is so laid back you just want to hang out idling away Paris time however short your city visit.

I adore colognes. Living in the Med with heat a good 6-8 months of the year and humidity all year, colognes just are the business when it comes to feeling fragrant. They are more splash on affairs yet needn’t be simple citrus + something three percentage fragrance.

No one does them better than Atelier Cologne, which was doing a busy trade for a Monday evening when I visited them on eponymous Rue des Francs Bourgeois in early December.

It’s a friendly, relaxed perfumery replete with bar stools and two guys ‘serving’ recommendations on which of L’Atelier’s six main categories to choose according your preferences. I went for Joie de Vivre and Chic Absolu categories and tested a good few out before settling on Bois Blonds; a favourite of one of the founders Sylvie Ganter. It’s another with neroli (you can see a pattern going on here) but with smoky gaiacwood and sizzling pink pepper. It’s an autumn into depths of winter cologne that suited the mild but Christmas feel of Le Marais streets, where we could drink outside still despite the early December date.

L’Atelier is the perfect perfumery to find an easy-going, appreciated gift in packaging that echoes Brooklyn minimalism with a French script flourish.

Anyone who knows perfume, knows L’Artisan Parfumeur, which is a Parisian institution since the early 1970s; a fact which its small, discreet perfumeries don’t scream. Its Rue du Bourg Tibourg outlet is calm modesty and yet offers all their range from early loves like Mure et Musc which launched in 1978 to its latest works like Champ de Baies, a ripe fruit meets musk affair of 2018.

L’Artisan has its loyal tribe and for me is a must-go-visit when in Paris but I know that its output hasn’t curried much favour with certain critics in recent years. That said, it’s such a pleasure to enter its Rue du Bourg Tibourg store for its clean lines, beautiful black shopfront and its verdant counters sprouting plants.

Know and love Le Labo? Then you’ll want to seek out Bon Parfumeur, which has a similar ‘semi-bespoke’ model of perfume selling. After two years development, Bon Parfumeur, a truly new and disruptive Parisian brand, launched in 2016 with a set range of fragrances designed to be layered, mixed and matched and coveted by numbers – like Le Labo, the brand favours labels such as 402: Vanille / Caramel / Santal.

A relaxed atmosphere where you can have fun trialing and testing out combinations that suit you and where no judgement is passed whichever combo you opt for.

This style of perfume buying suits us as we feel we get ‘personalised’ but without the hefty price tag. What’s not to love about spending an hour designing your own perfume by numbers ?

In a similar spirit of pioneering, the original set of fragrances were created by new, upcoming noses and selected by somewhat greater nez. A kind of democracy entering the established Parisian perfumery world.

Juliette has a Gun,  Maison Francis Kurkdjian and Dyptyque are other niche names that I visited and can recommend.

I hope you’ll walk the niche perfumeries in Paris around Le Marais and just beyond, where you can easily spend a day diving in one door after another. There are perfumery in Paris tours you can do but just download a Google primed with markers and you’re good to go at your own pace. With my son now well on the way to being a capable evaluator, I’ve company enough!

There has been a problem with your Instagram Feed.