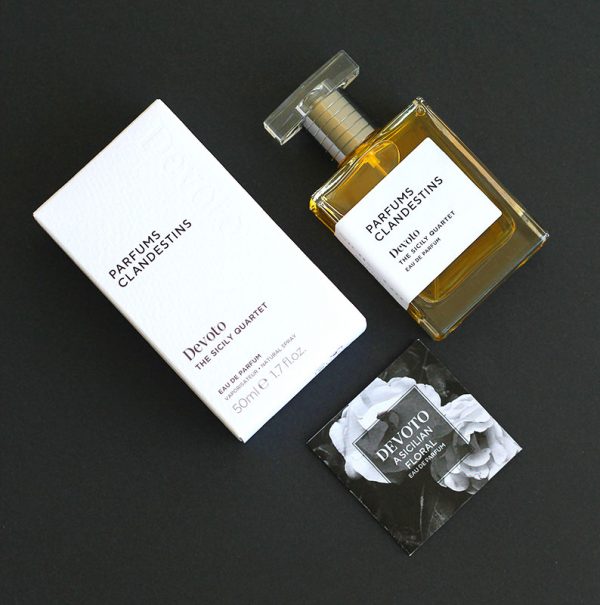 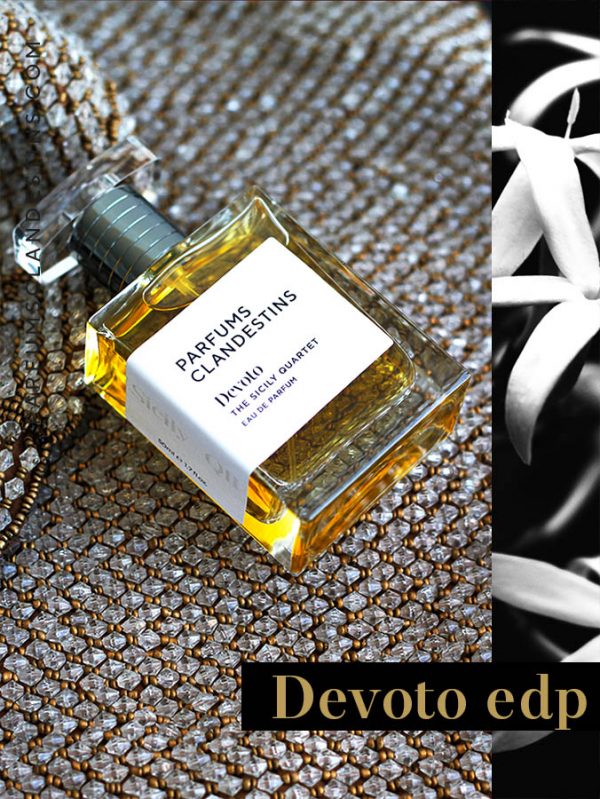 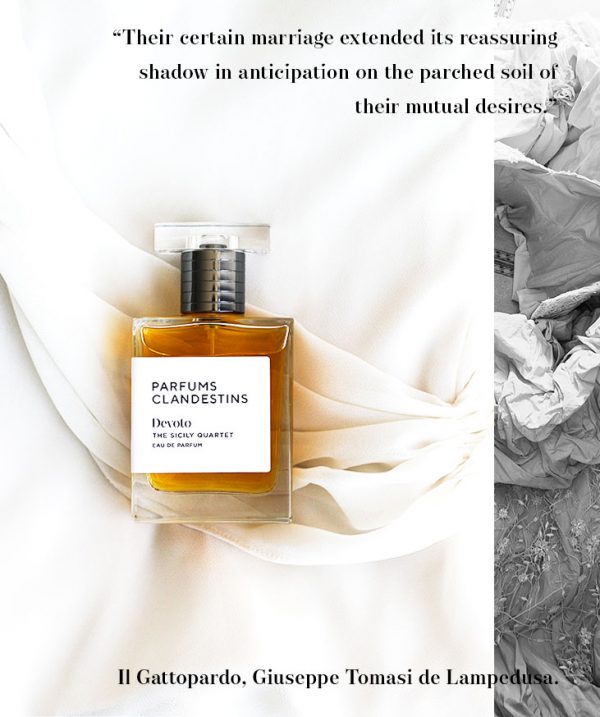 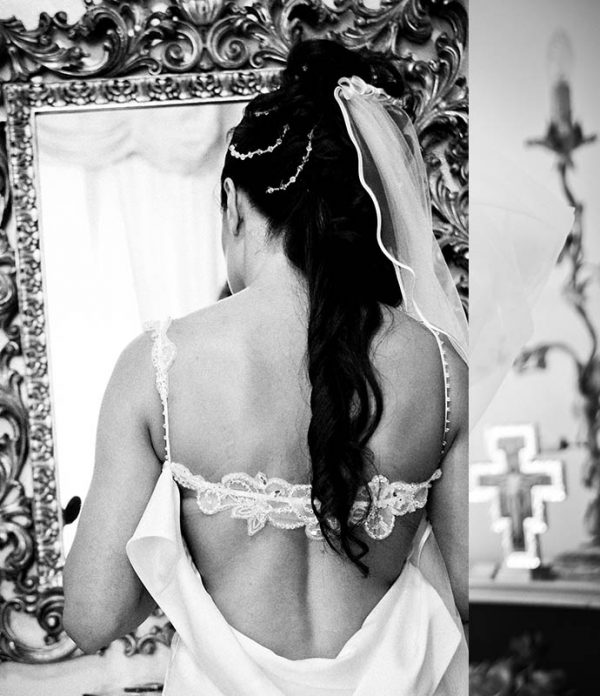 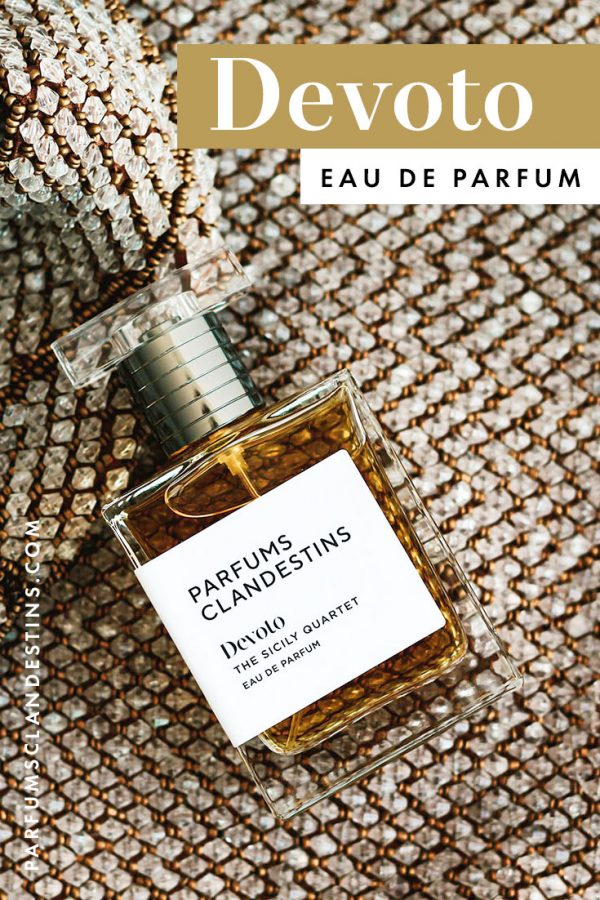 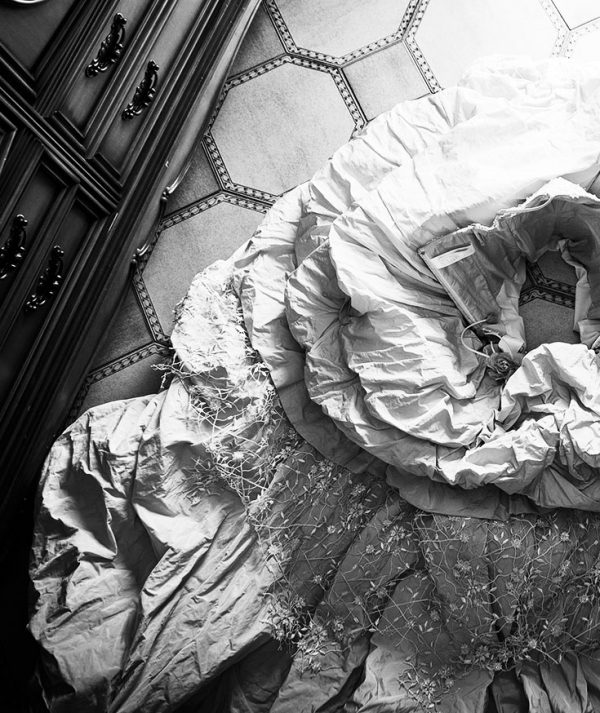 Devoto EDP – The Sicily Quartet No.2

For women and men.

Devoto is an opulent perfume based on the scent of narcotic flowers on a sultry, early summer night in Sicily. It opens with the herbal note of clary sage and brightness of sweet mandarin. The animalic-note heart is composed of two Arabian Jasmines, orange blossom, Indian Jasmine grandiflorum and natural musk ambrette. The dry down is dark and sensuous with styrax, patchouli and cedarwood. It embodies brooding perfume notes rather than airy and light jasmines.

“Their certain marriage extended its reassuring shadow in anticipation on the parched soil of their mutual desires.”

Devoto Eau de Parfum, launched in spring 2020, is the second perfume in The Sicily Quartet and is a Sicilian floral. The jasmine is moody and deep, weighted by the styrax and patchouli. This is not an airy, sweet jasmine; rather a more brooding variety.

Devoto, meaning both ‘the devoted one’ and simply ‘devoted’ in Italian, is designed to recall the opulence of the Palermo villa ball portrayed in Luchino Visconti film of The Leopard. It is a perfume for lovers past and present.

Devoto Eau de Parfum evokes a dazzling ballroom scene on a hot spring night and the embracing dance of two young people in love and still unknowing of their and all Sicily’s fate. Tancredi, the Prince of Salina’s nephew and of old-money stock is besotted with the bewitchingly beautiful Angelica, the daughter of a local mayor whose nouveau riche class is rising with the fortunes of Garibaldi. The palazzo garden is enveloped with the narcotic scents of jasmine (a legendary aphrodisiac), orange blossom and flowering herbs.

Swept away by the very first inhalation, how I adore Devoto, its balustrades of white stone glided upon by a delicacy of begloved fingers. Its is an entrance supreme, all heads turn, breaths are sharply inhaled in silent gasps of awe, all eyes magnetized in one direction. A scent that entrances all, men and women alike......... who can resist? The one whom without words, commands in her presence, all attentiveness. Deeply refined, Devoto is the creature all men would wish to embrace even if only once and all women would wish to be even if for a moment of their lives. White virginal florals dance the twilight hours in company, refined yet slightly dangerous, the warmth of flushed skin mimicking vegetation and the ancient stones echoing the days heat, radiating it into the night airs.
Danu sF, ode-r

Over the years I used to wear just one Jasmine perfume, then came Devoto.
This perfume is one of the most beautiful and exceptional Jasmin perfumes, very poetic and it seems that it's touched by Aphrodite and Eros.
Is it narcotic? Yes
Is it provocative? Yes
Is it special? Definitely
Unisex? On my male skin, it whispers stories.
Perfection, meaningful and refreshment and reinvention of Jasmine and Patchouli.