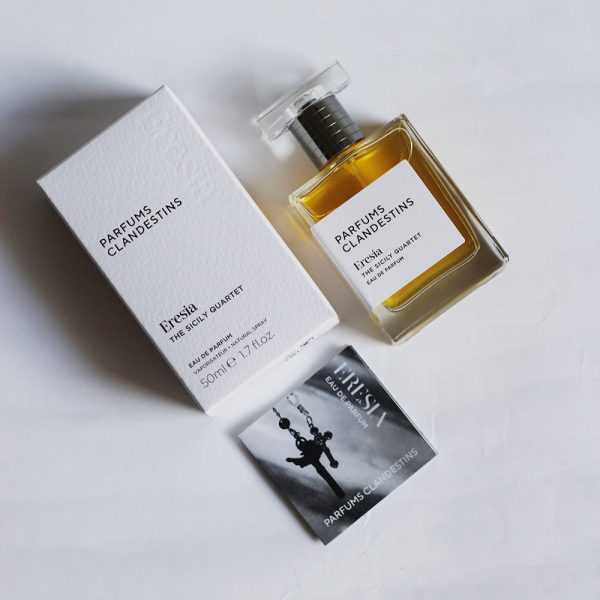 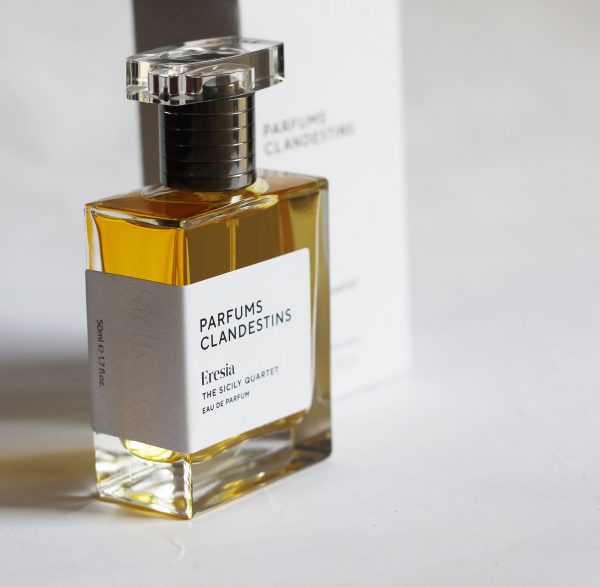 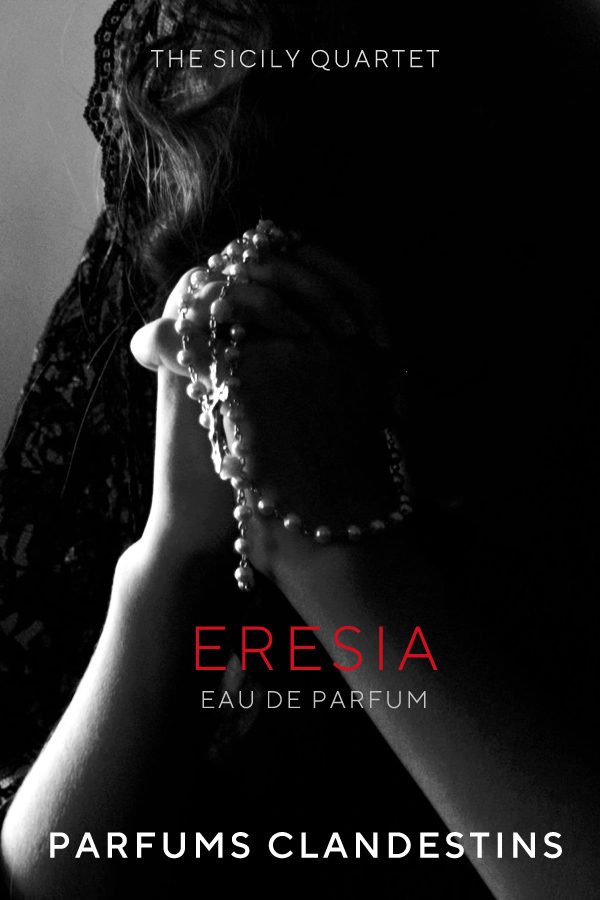 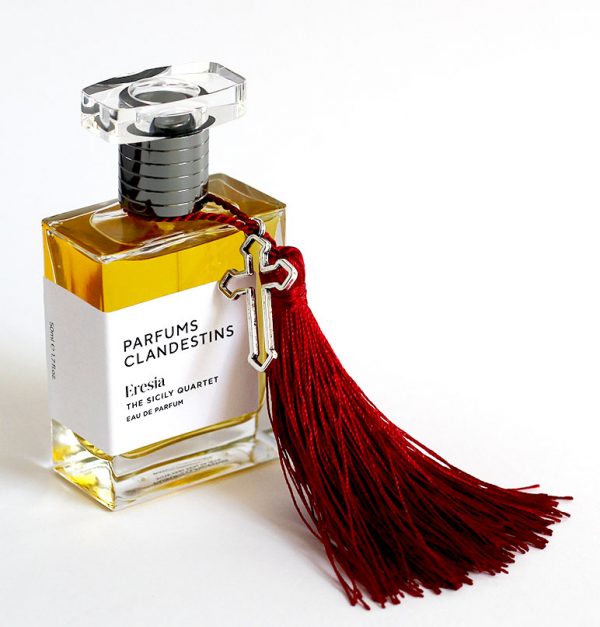 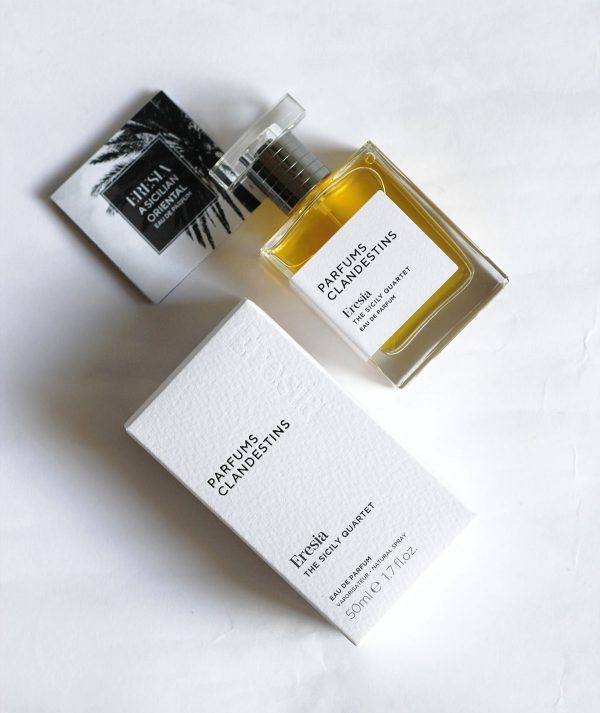 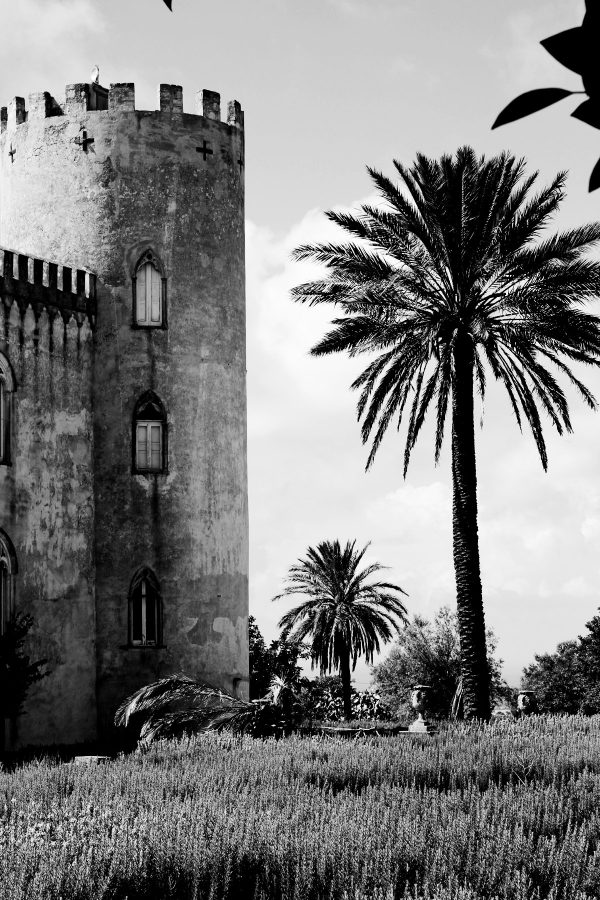 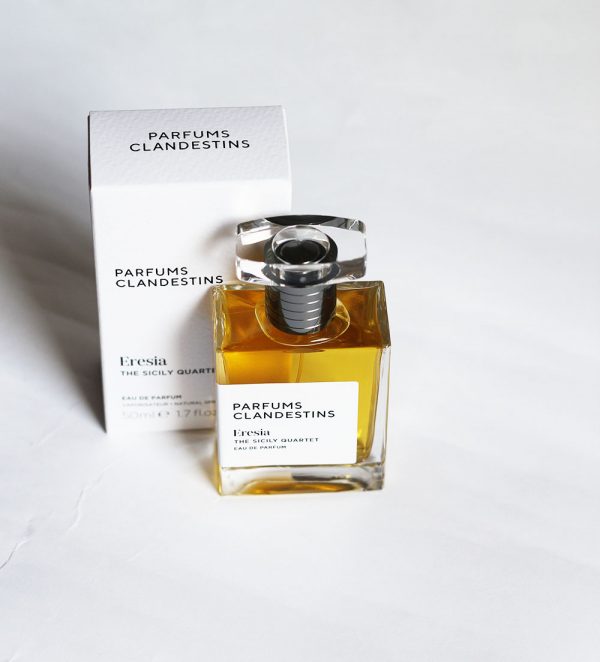 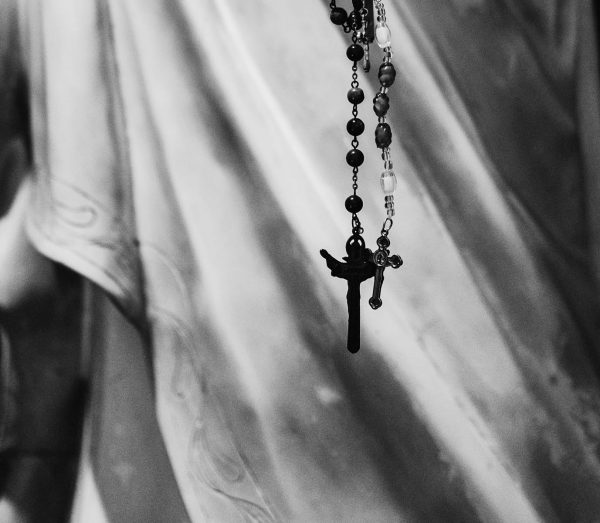 Eresia EDP – The Sicily Quartet No.1

For men and women.

Try before you buy: 2ml Samples FREE EU* delivery. We then refund the trial size price on your first 50ml flacon purchase.

“The daily recital of the Rosary was over… a lilting hum from which would chime some unlikely word: love, virginity, death.”

Eresia Eau de Parfum: Chapter I of a Sicilian Story

Eresia Eau de Parfum, released winter 2019/20, is the launch perfume in the Sicily Quartet. It evokes a scene at the opening of the novel when the Prince  – ‘the Leopard’ and patriarch – gathers the family for the evening ritual of the recital of the Rosary. However, minds wander to more earthly, fleshly pleasures.

Eresia, meaning Heresy in Italian, eludes to the aroma of the old palace with its polished wood and faded drapery, to religiosity and the scent of the Prince’s tobacco mingling with the exotic ylang worn by his mistress in Palermo.

A very rich intense flavour, I love it! Thanks for giving us such a wonderful natural scent:)

What a unique scent! Strong, mystical and seductive! I think is more suitable for a man than for a woman. Looking forward to smell some other creations!

I have been so excited to try” Eresia “ for a while
I could hardly wait to open the little 2 ml sample bottled I ordered !!!
And then I tried it !!!! I just couldn’t understand it or like it at first , An hour later I was in love OMG it’s a work of art , so interesting and different from anything else I have smelled before ever ( and I can honestly say I have smelled a lot of perfumes ) the warmth of my skin brought out the most intoxicating scent of magical woods from time gone by ,so refreshing to know and understand botanical scents and appreciate the intimacy it brings between you and the scent you are wearing , Very well done perfume clandestine

My first experience with natural / botanical perfumes did not disappoint!. I absolutely love the initial peppery, zesty burst that melts into sensual heart notes of ylang ylang and an aromatic woody base. It’s a fragrance that is both intriguing and beguiling at the same time – much like the Mediterranean island of Sicily itself. This all natural perfume comes in exquisitely simple packaging and is the first in a Quartet of EDPs – each with its own beautifully crafted story of Sicilian life from a time gone by. I will definitely be watching Parfums Clandestins to see what evolves next!

Aside from the fact this whole project is infused with the most poetic, creative and purposeful soul (or maybe because of it) the perfume (Erasia) is a stand alone work of sultry, smoky heaven. It’s what a perfume should be – impactful and intoxicating. I first tried it over a full moon / lunar eclipse weekend and it was just what my mood needed.. Thank you Parfums Clandestins for your wonderful work x

The first figs in leaf. I adore their huge span le

None of us can plan anything much right now, and m

"Life is what happens to you while you're busy mak

Another in what is becoming a spring blossom serie

Another sign of spring - myrtle, just in flower, t

The reassuring signs of nature doing its seasonal

I just stopped to breathe in the heady, sweet, air

Italy and its people in my heart and thoughts toda

Wishing you strength at this time of COVID-19. And Viva Italia! Dismiss